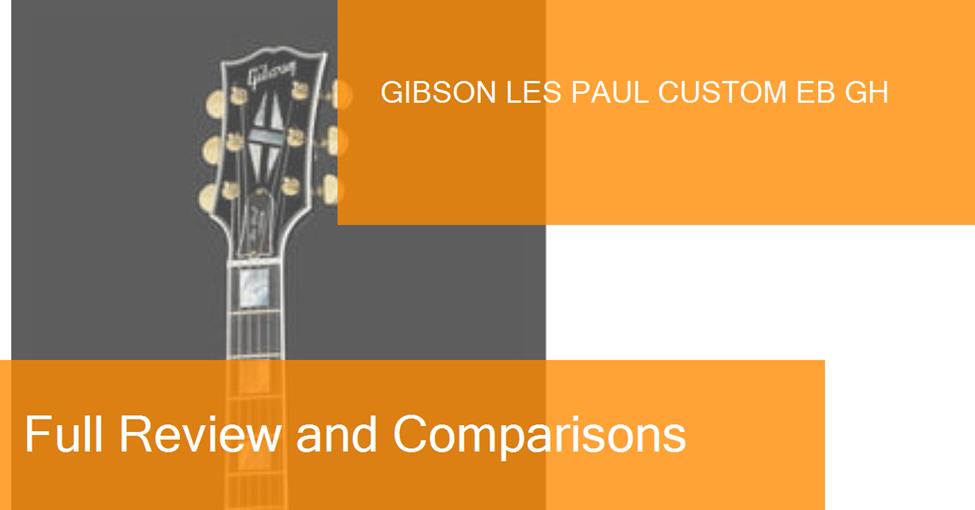 Review of the Gibson Les Paul Custom EB GH Electric guitar. Where to buy it?

I’ll tell you how this post is built. First I list the features of the Gibson Les Paul Custom EB GH guitar. Then you have a video or two, purchase links and useful comments from other users and then you have one of the most useful parts; comparison tables with similar items so you can compare. 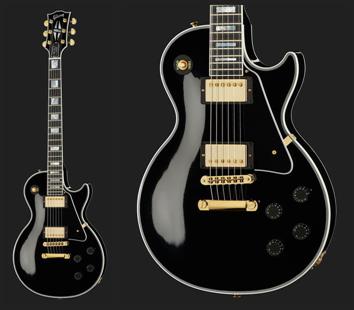 Some comments from people who come to the forum about this model:

I bought this guitar mainly for recording purposes and for using it in music videos. First of all it’s a beautiful instrument but you don’t pay almost 4 grand for a piece of furniture. It excels in the sounds you get out of this masterpiece!

I know that many are sceptic about the richlite fretboards and people argue that this is not acceptable on Gibsons when you get ebony fretboards on Epiphone guitars for roughly 900¤.

At first I was also sceptic about richlite and thought it sounded a bit more harsh than the ebony fretboard but now after 3 months of playing it has begun to soften up a bit and get a more "ebony-esque" character. Compared to a 57 Black Beauty this Les Paul Custom has a more sharper sound thanks to the maple cap but in other aspects it’s quite similar to the 57.

The only things I were not too happy with was some small scratches on the top of the guitar and a small ding in the binding on the headstock. But I am more concerned with the sound than the esthetics so I chose to keep the guitar because it delivers very clear chords and nice tight low end. The pickups are a bit "microphonic" as old Gibson pickups were back in the days and they are a bit too hot for high-gain sounds where they sometimes tend to pick up unwanted sounds. Having that said they work perfectly for rock, blues and jazz. If you plan on playing metal with this one I’d recommend changing the pickups.

This is an instrument meant for professional use and it’s a guitar you buy once in your lifetime. If you are looking for a superior Les Paul this is it. I own one Gibson Les Paul Traditional from 2009 and it is also a great instrument but there are remarkable differencies in how much more precise a Les Paul Custom is compared to standard USA Les Pauls. If a normal Les Paul is a knife then the Custom is a scalpel.

It is worth the extra cash you put on from a normal Les Paul model in how it plays and how it sounds but the price is a bit steep for a hobby musician.

The finishing job on this guitar is far from satisfactory. There are issues with it all over the place. Just to name a few: on the neck binding, all around where neck meets body, and black is missing altogether where the neck pickup and fretboard meet (which up close is quite ugly). At this price level, I would expect much better from Gibson. I used to own a 2001 Les Paul Studio which had no such issues at all, so for a Custom to have them caught me completely by surprise.

Having said all that, I simply couldn’t bring myself to return it. The setup was damn perfect straight out of the case, and the guitar feels silky smooth and gorgeous to play. And the more I play it, the more the sound and sustain on this thing just blow my mind. In short, too good to return, and I didn’t care to risk sacrificing the amazing sound and playability for a nicer finish. After all, you’re supposed to play the thing, not look at it.

As always, customer support at Thomann was excellent, as was the pricing in comparison to other stores.

If you want to know more about this option, click on the following link to see the Gibson Les Paul Slash Standard AA review

If you want to know more about this option, click on the following link to see the Gibson Les Paul Studio EB review

If you want to know more about this option, click on the following link to see the Fender Clapton Custom Shop BLK review

If you want to know more about this option, click on the following link to see the ESP Eclipse Custom BLM review

Also look at these models with a similar price and features: