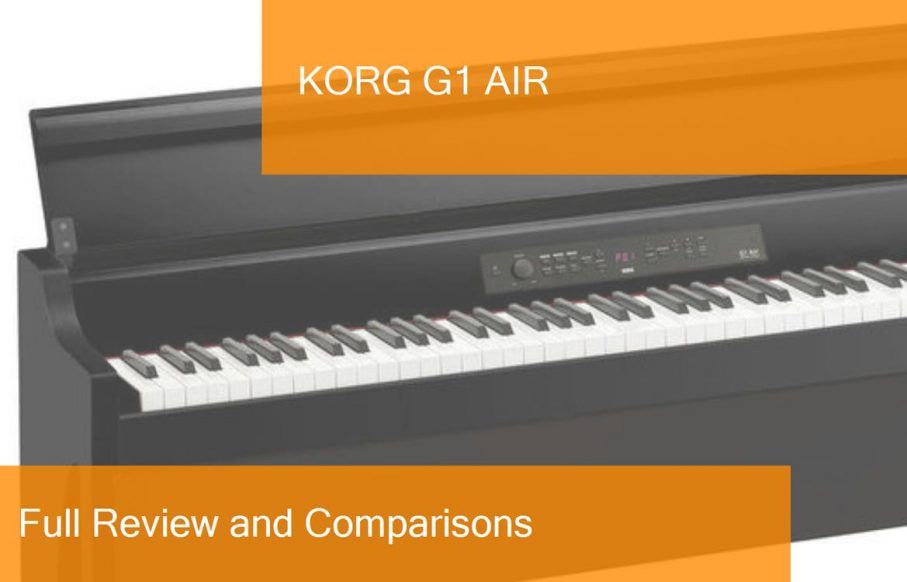 Korg is a Japanese company that makes electronic musical instruments and guitar tuners. Today we will analyze one of their digital wall pianos, the Korg G1 Air, with a price of €1239/£1,145. It sets a new standard in the world of digital pianos. We will look at all the functions and features of this great instrument: 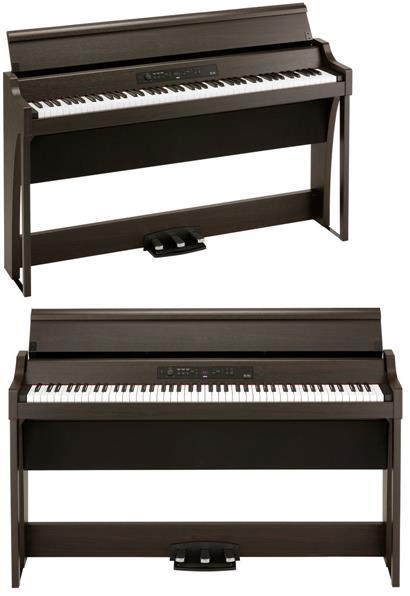 One of the most relevant characteristics of this digital piano are its samples of the three pianos we have mentioned: German (rich and powerful sound), Austrian (warm and colourful sound) and Japanese (lively and dynamic sound). What have been recorded and sampled in such a detailed way, that they can differentiate between a delicate Pianíssimo versus a powerful one. We also have a string resonance simulation and a damping resonance and a Key-Off function to simulate when the player takes his finger off a piano key. We will talk about your keyboard later after the first comparison.

Now that we have listed and described the features of this keyboard there is no better way than to take a look at the following videos where they tell us more about the Korg G1 Air and you can hear how its different sounds sound in the second video especially as it goes through all of them.

Now let’s compare the Korg G1 Air with its more common alternatives. Also at the end of the post you will find a section with the best shopping possibilities for this digital piano. But you can go directly to that part of the post by pressing the following button.

As can be seen in the face-to-face they are very similar digital pianos with certain differences in the capacity of their functions, although in general they are the same. However in the G1 we find one more piano sound, more power and two more speakers, AND a recorder with more MIDI storage. To differentiate their sounds below you have a video comparison between both equipments.

Let’s see a video of how Korg’s RH3 technology works, which has a graduated hammer system with different colors, weights and thicknesses. In the low range, we find red hammers that are large and heavy, simulating the longest and thickest strings in a real acoustic piano. In this way they become lighter and lighter in the mid-bass range (blue color), mid-treble range (green color), and we reach the treble range where we find yellow hammers that are small and light simulating the shorter and thinner strings in a real acoustic piano.

Video comparison of the C1 Air and G1 Air, where the sound comparison between the devices is shown. The C1 Air has two samples of real acoustic pianos and a totally Japanese manufacture, that is to say of a higher quality. The G1 Air offers three piano samples, giving it a significant advantage over the C1. If you want more sound and space for MIDI recording

And now a video of the Korg C1 Air

If you want to know more about this model don’t miss our review of the Korg C1 Air.

Now we will have the comparison between the following keyboards: the Korg G1 Air with a price of €1239/£1,145 and the Kawai CN29 with a price of €1.259/£1,177, having such a small difference it will be very worthwhile to review the functions and features that both equipments offer us, let’s see their face to face:

They are two very similar digital pianos, having very similar characteristics with slight differences such as the amount of sounds they offer and their different polyphonies as well as the amount of MIDI notes they can record. The best thing would be to be guided by their sound quality and thanks to the videos you can do it, try to use a good pair of headphones or monitors to have a better definition in the listening.

First a video of the different technologies offered in the Kawai keyboards, which among them is the RH3, which includes the following features: synthetic ivory touch, counterweights, Key-Off simulation, 3 sensors and hammer system.

And now a video review and demo of the Kawai CN-29:

If you want to know more about this model don’t miss our review of the Kawai CN-29.

As we see the Roland has advantages over the Korg, starting with the amount of sounds and polyphony of notes, also having more exotic sound effects such as rotary speaker (Leslie), also the function to record audio in WAV format, the weight of the Roland is much lower reaching 19 kilos which makes it a very portable digital piano. One of its disadvantages is the power that compared to the Korg is much lower.

And now a video of the Roland FP60:

If you want to know more about this model don’t miss our review of the Roland FP60.

Where to buy Korg G1 Air