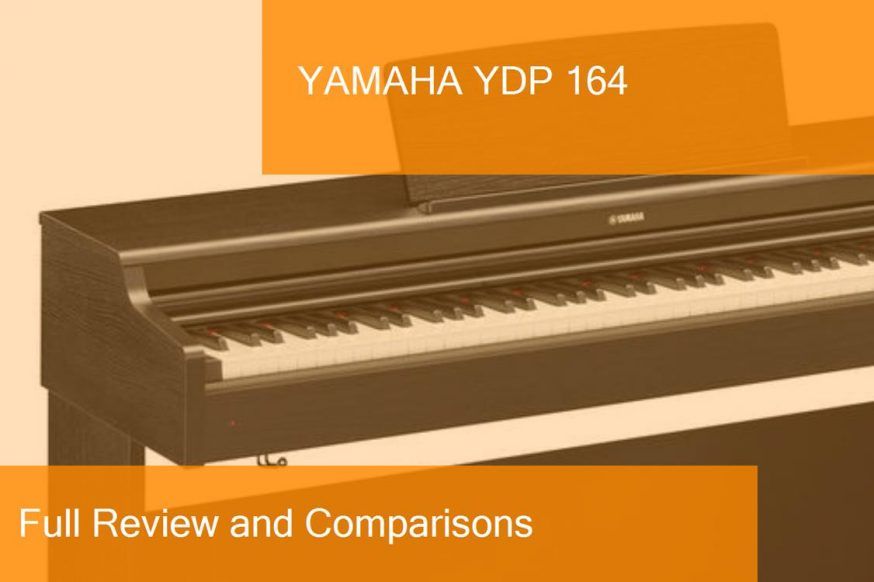 Review Yamaha Digital Piano YDP-164 Arius. Where to buy it?

Yamaha Corporation is a Japanese company with a wide range of products and services, mainly musical instruments and electronic devices. Today we are going to talk about a very interesting digital piano whose price is usually around €990/$1200/£899. The Yamaha YDP 164 is a digital piano that tries to imitate an acoustic piano and is intended for people who want to study classical piano or a classical technique. Of course, it is designed to be studied at home and not to move the piano.

Digital pianos of this type have the advantage that they weigh much less than an upright. They can weigh up to 150 kg. Otherwise it is quite suitable for most houses. However, below I will compare it with other models of the same brand, which are cheaper and have smaller dimensions, such as the YDP S34 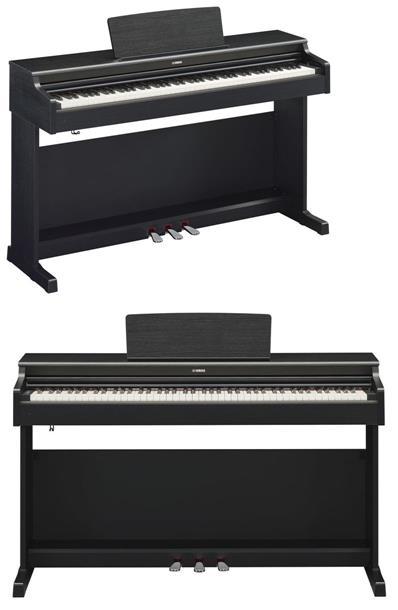 This digital piano is very good for intermediate students who need a higher level piano and unfortunately do not have a budget of more than 1000 euros. Many teachers always recommend studying with an acoustic piano for as long as possible but the price of one of these pianos easily exceeds 3000 euros. The perfect option in this case may be this piano. Of course if you study 3 or 4 hours it is the minimum quality you need.

Also if you have read more articles in my blog you know that I like to be realistic. Not many people can study 3 or 4 hours a day and most of the musical goals can be achieved by studying much less. Even be professional. Not everything is studying for a philharmonic orchestra. In fact, most people who study piano don’t study for that purpose.

For those of you who study classical at the upper-middle level, the GH3 weighted keyboard is much better than the GHS

Let’s go with a video review in English where you can hear how their sound sounds and see live many of their features. There are also some very interesting apps to manage their functions.

It must be said that this Yamaha is the new model of the Yamaha YDP 163. It doesn’t make much sense to compare them with the 163 you can’t buy anymore and the Yamaha 164 is at the same price. There is very little difference, improvements in the usability, the electronics and the apps that come with it.

Now let’s compare the Yamaha YDP 164 with its more common alternatives. Also at the end of the post you will find a section with the best shopping possibilities for this digital piano. But you can go directly to that part of the post by pressing the following button.

Otherwise they’re pretty much the same. If you have a beginner’s or intermediate level, buy the Yamaha YDP 144 because you don’t need to spend that 200 euro difference. If you are already at a higher level and have the budget, the Yamaha YDP 164 is the right choice.

The problem with studying for 4 hours and buying the YDP 144 is that you will wear it out very quickly. But it can also work for you.

And then a video of the Yamaha YDP-144 digital piano to hear how it sounds. Actually, the quality is the same as on the 164, but the speakers on the latter are better

The Yamaha YDP-164 and S54 Keyboard cost about the same and are almost the same. What is the difference? Well the size and this can be important if you have little space at home. We can say that this is your reduced version.

If we look at the table we see that the YDP S54 is more than 10 cm shallower than the YDP 164 and this for some people can be very important.

Otherwise they are the same. They have the same GH3 weighted keyboard and the same features already mentioned.

I put the dimensions and weight as the only difference in the table:

And as always a video if you want to listen to it although there is no difference either in the speakers with the 164. Both pianos have 20 W of power.

Here’s the review of the Yamaha YDP-S54 digital piano.

Now we will make the comparison between digital piano teeth: on the one hand the Yamaha YDP-164 Arius which has a price of €990/$1200/£899 and on the other hand the Kawai KDP-110 which has a price of about £850. Having a difference of approximately £150 in the price of both, we will have an expensive face with their similarities and differences:

We found good digital pianos for the first years of study of the piano, with very similar characteristics, however the Kawai has slight advantages; Five more sounds in their repertoire, functions that can be modified by an application that helps the simulation of a real acoustic piano, and the function of Bluetooth MIDI but also has disadvantages such as less power in their speakers. We invite you to watch the Videos so that you can hear the quality of sounds offered by both pianos.

I’m putting dimensions and weight as the only difference on the table:

We will now have a video of the Kawai KDP-110

Finally we have the comparison of the following digital pianos: the Yamaha YDP 164 Arius with a price of €990/$1200/£899 and the Kawai CN 29 which has a price of €1.259/£1,177. Having a difference of approximately £270 between them. We will check their similarities and differences in the following face-to-face:

As we can see we have two good digital pianos, with great performances for our first years of study in the piano and for live performances. However, due to its price difference and as we had mentioned it is £270, the Kawai surpasses in certain specifications of the Yamaha: with a greater amount of sounds and a greater amount of functions that bring its simulation closer to that of a real acoustic piano.

I put dimensions and weight as the only difference on the board:

Now a video of the Kawai CN29:

Here’s the review of the Kawai CN29 digital piano.

Where to buy Yamaha YDP 164